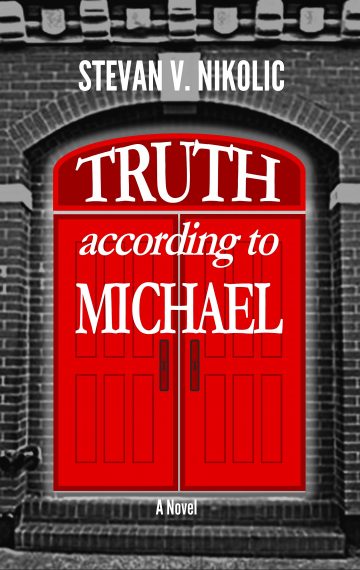 A novel about the man addicted to love. Based on a true story. The second book in the Michael Nicolau Series follows thirty-three years in the life of Michael Nicolau. The story takes us on the long path of Michael’s soul-searching and understanding of circumstances that brought him to become a homeless man living in the Bowery Mission, a New York City shelter. Eager to vindicate himself and his conduct, he speaks about his life, for hours, day after day, to a counselor in the Bowery Mission. At the same time comic and tragic, villain and hero, Michael is wrestling with the concepts of truth, reality, hope, faith, love, and honor. “Truth and reality are just our personal perceptions of the things and conditions we see, hear, and feel.”

Dianne’s 5 star review
I read this book after my husband brought it to my attention. It’s an extremely well-written thought-provoking story based on real events. I found the book both interesting and entertaining. 5 stars.
By John and Dianne on October 3, 2016

Brilliant novel
Meet Michael, a man with an incredible story about humanity to tell the world. Michael brings readers along with him as he tells a social worker of the day-to-day happenings in his life. For thirty years, he’s a homeless man trying to survive within the urban sprawl of New York City, relying on his own resourcefulness and keen observations of the people around him. Within this book, he teaches all of us the most important things that life has to offer but that people often overlooked by the end of the day.
I loved this book, especially the descriptions of the usual people Michael encounters every day. It reminded me in some ways of films such as ‘Pay It Forward’ and ‘Pecker’. When I drove from Halifax to Florida over the summer, I went through areas of New York such as The Bronx, and as I passed numerous people, some of them homeless, I wondered what kind of stories they had to tell… and I think that Truth According to Michael captures this atmosphere perfectly. The author’s talent for prose, comedy, and reflection shines through every page, every word, and it’s amazing.
By TwilightZone3942 on October 15, 2016

The door on the cover is closed,
but if you knock, it will always open.
It’s a long journey, ​a long book, very detailed. The main character will lead you to a homeless shelter with a Christian program to help their “students” to get on their feet again. He also tells how he end up there to the wise and jolly Pastor who was his counselor. They don’t always have the same point of view about religion, and it’s interesting to read their arguments.
The story unfolds at a slow pace, with lots of dialogues, some parts may be repetitive, even boring; others may be enlightening, funny, sensual, or even poetic. It’s quite a big patchwork.
In the last chapters, the rhythm changes becomes feverish. Short dialogues, less detail, it hurries to the end. And the end… well, it doesn’t quite feel like an ending. Maybe it’s because there will be a sequel. This one is the second of a series which I didn’t read the first (Weekend In Faro), but after the reading, you’ll know what weekend the title refers to.
So far, I don’t really know how to describe Michael or what kind of truth is he preaching. Truth is subjective, anyway. Not sure if he’s visionary or a lunatic, I guess a little bit of both. One thing I’m sure: I’m not sorry for opening that door and I would like the journey to continue… with a little less detail and repetition than the beginning, maybe not so fast as the end, if it’s not asking too much! (less)
Ana Sofia Pereira